The Langdale Pikes are one of the iconic sights in the Lake District. They are visible from so many locations, but the best views are, probably, from Blea Tarn and the Western Slopes of Bleaberry Fell. Their shape is at once recognisable - I have seen them from:

There are many ascents to the Pikes - one of the best routes is via Stickle Tarn, which is a relatively easy rocky path. Once the Tarn is reached, there are numerous routes to the Pikes. Some of these are easy and, others, like Jack's Rake on Pavey Ark are not to be attempted unless you 1) are very sure footed, 2) are well insured :-) 3) are in good weather and 4) know exactly what you are doing. People die falling from Jack's Rake every year... 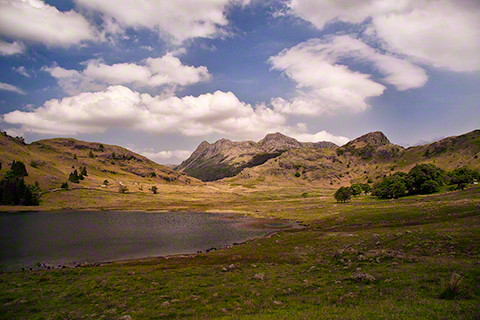 Blea Tarn is a wonderful place for a quiet picnic - just sit back and view the Pikes. 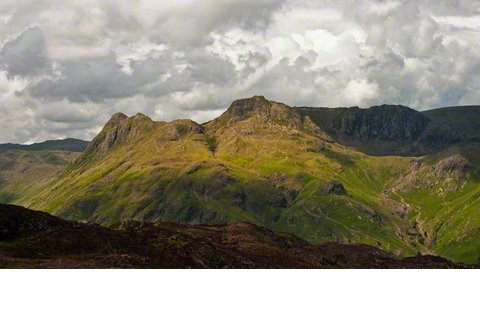 Bleaberry Fell affords fantastic views of the Pikes. It's not a hard climb, either.

Jack's Rake, the ridge going from bottom right to top left, is arguably the hardest 'walk' in the Lakes. Not recommended, unless you know what you are doing...